Upon arriving in America, the early Settlers found a country covered, for the most part, in majestic stands of both hard and softwoods which had grown relatively undisturbed for centuries. As these trees grew to become “forest giants” their growth rings became ever narrower. It is this density of growth rings which gives antique material part of its allure and desirability. This seemingly endless resource was quickly and efficiently harvested and utilized for everything the growing country needed. Wood was ubiquitous-buildings, tools, fuel, paper-anything and everything was fashioned from harvested trees. The mines, mills and factories of the burgeoning industrial era utilized first growth wood until it was all gone. The forests remaining today are mostly third and fourth growth and bear little or no resemblance to the original woodlands encountered by the Colonists. What remains of the original forest is preserved in the older homes and factories of the country. A mill, constructed before the Civil War, would likely contain trees that would have been 200 to 400 years old prior to harvest. As “Progress” leaves many of these buildings obsolete the challenge arises, as redevelopment is occurring simultaneously, as to the reallocation of the original building material whether it is timber, brick, stone or otherwise. 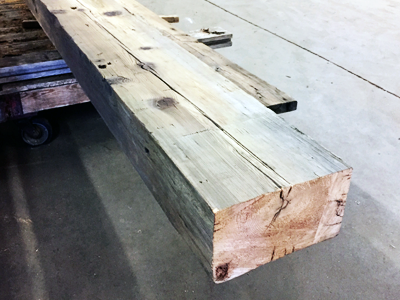 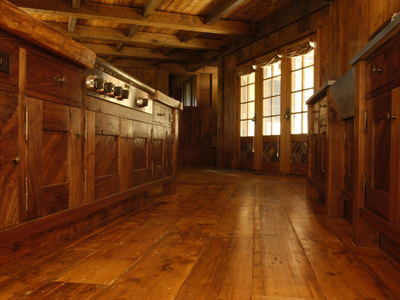